Fans Getting Amped For Summer Of Strange Tour [Social]

Could this be the best live hip hop show that the summer of 2013 is going to see?

A lot of people think so.

Fans have hit Twitter in massive numbers to share their excitement of the Summer of Strange Tour. The lineup of Krizz Kaliko, ¡MAYDAY! and Stevie Stone could be the most energy packed into one show that Strange Music has ever put out, a fact that has not been lost on the thousands of eager Strangers. 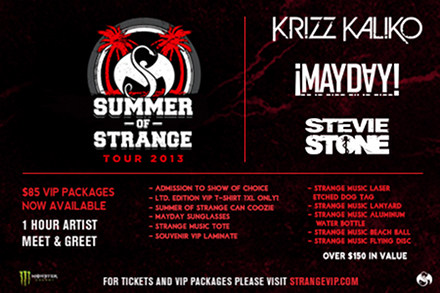