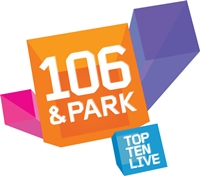 On January 21st, Tech N9ne was asked to guest judge BET’s “Freestyle Friday” on “106 And Park”, standing beside the production duo, Da Internz, to judge the contestants’ flow. Both contestants threw down some decent and creative freestyles. Ironically, Da Internz worked on the MIMs album that Tech N9ne also appeared on. Though we weren’t able to track down the episode of Tech’s TV appearance, the video shows behind-the-scenes with Da Internz before the show.