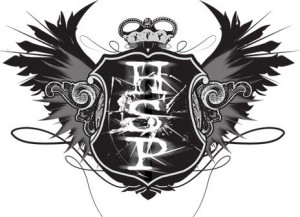 Here is more info that we gathered from David Sanders II’s Myspace:

…The sound of wondrous music piqued David’s interest at the tender age of thirteen. Being a producer who continually expands his musical horizons into many genres is due in part to his early influence of New Wave and Synth-style music. “I started producing because music has always given me a feeling I never felt before, a feeling that is impossible to describe in words and only is meant to be experienced,” Sanders states. He adds, “To me there’s nothing like opening up a CD of one of your favorite artist’s albums and reading your name in the credits. When people who bought the album show me love, it means a lot to me.”…

“‘That Box’, which features a beat box and a crunk-like, club ready beat from promising producer David Sanders II, kicks off the sexually focused section of the album.”

“…the producers also step their game up on this one giving Tech N9ne dope beat after dope beat. Produced almost entirely by Michael Summers and David Sanders, Misery Loves Kompany is solid throughout with beats that maintain the dark vibe that fits Tech N9ne’s style but still manages to be accessible…Misery Loves Kompany is one of the better produced albums Tech N9ne has put out.”