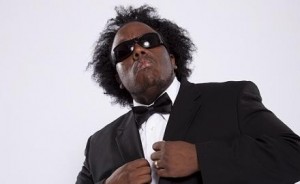 A few weeks back, HipHopDX.com posted an interview with Krizz Kaliko in which he discusses Shock Treatment, the eclectic blends of genres that he brings together in his music, and his place in the Strange Music machine. The interview is very detailed and informative and is a must read for any fan of Kaliko. Click here to read the entire interview.

Kaliko on bringing together different styles into his music:

“I’d say if you’re talking about Hip Hop artists, it would take five people to do what I generally can do by myself. You’re talking about the producer, the rapper himself – if he’s writing everything himself- and you’re talking about bringing in a singer to do the hook. I mean so thats just three people right there and I generally do all that myself. The production is always gonna be done with my producer because I don’t play anything, I just come up with the music. I wouldn’t say resistant, I would say its generally impossible for one person to do what I do. I know that sounds really arrogant, but I don’t mean for it to come off that way, but I’ve really honed in on my craft and figured out how to do it and make it elite.”