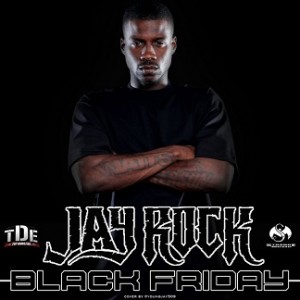 As we get closer and closer to the release of Black Friday, Jay Rock has leaked a new track for all of his fans. “No Joke” is the third track to be leaked from Black Friday. Over a classical piano loop, Jay hits the listeners with some of his best rhymes yet. The MC’s rugged and worn voice is a perfect complement to the static-laced beat and the song has a memorable hook to set it off. Once again, Jay Rock reminds us why he is so respected in the game, and that it truly is no joke.

Let us know what you think of “No Joke”. Black Friday drops this Friday.

Jay Rock – No Joke by TopDawgENT