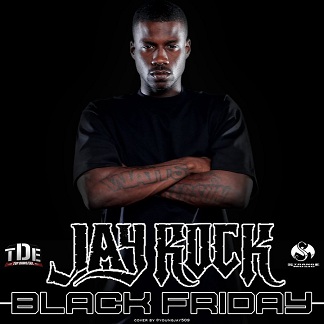 After taking to the internet for help with choosing the cover to his Black Friday mixtape, it seems Jay Rock has officially made his choice. The all black cover, shown above, has been appearing on Jay’s official Facebook page all week. In anticipation for the release (it drops this Friday!), Jay has asked all of his fans the following:

Jay Rock: “i need 2 see everybody who has my cover as their display picture“