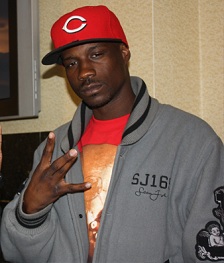 With Jay Rock’s Follow Me Home album finally dropping on May 17, there has been a lot of talk regarding the huge names featured on the album. The debut album brings together some of the biggest names in the music industry, including: Lil Wayne, Busta Rhymes, Snoop Dogg, The Game, 50 Cent, Tyrese, Glasses Malone, Rick Ross, and even Tech N9ne. With the looming release of Follow Me Home, we would like to know which collaboration you are anticipating the most.

Vote below for your most anticipated collaboration on Jay Rock’s Follow Me Home.