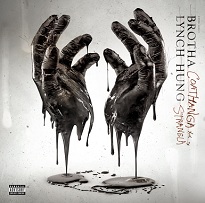 People always love a good villain. There’s just something fun about rooting for the bad guy. As children, we are groomed to cheer and look up to the heroes in life, fictional or not. And while heroes like Batman, Jack Bauer, and James Bond might be cool to rally behind, it’s their insidious criminal counterparts that really drive the story. You would have to look no further than America’s obsession with serial killers for proof. From John Wayne Gacy to Jeffery Dahmer, these twisted individuals all have loyal followings. Their sick exploits intrigue us and keep us tuning in. It should be no surprise then, that fans can’t get enough of the Coathanga Strangla. The demented alter-ego of Brotha Lynch Hung has left a trail of bodies in his wake, and shows no signs of stopping. What is it exactly that fans love so much about the Coathanga Strangla? Is it his sick love for torturing his victims? Could it be that fans are drawn to him because he has yet to be caught? As it turns out, the Coathanga Strangla is not alone. He’s in good company with other serial killers that we can’t help but love. 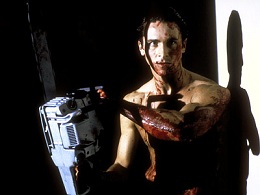 Giving new meaning to the term “looks that kill”, fictional killer Patrick Bateman remains as one of the most suave killers to ever emerge. Patrick Bateman came to life as Bret Easton Ellis’ protagonist in his highly controversial novel, American Psycho. It wasn’t until a movie adaptation in 2000, that Patrick Bateman was given a face. Played by Christian Bale, Bateman’s charisma and wit was front and center. A wealthy man working in the banking business, the often-neurotic Bateman conceals a dark lust for blood. Much like the Coathanga Strangla, Bateman relies on his nightly outings to release his murderous crimes. The smooth- talking, charming, and very much comedic Bateman makes it impossible to not like him. His quirks add a certain touch of humanity and raise his likeability. Not to stray too far though, as this is a man who enjoys rape, torture, and cannibalism. His exploits fit right up there with the Coathanga Strangla. 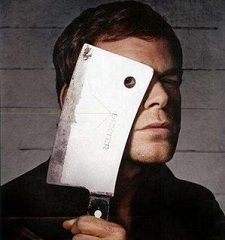 Blurring the lines between good and evil, Dexter Morgan from Showtime’s Dexter is the ultimate anti-hero. A forensics blood splatter analyst, Dexter harbors a secret insatiable hunger for murder. Trained by his foster father to adhere to a code known only as “Harry’s Code”, Dexter refuses to kill the innocent. Instead, Dexter seeks out murderers, criminals, rapists, and ironically enough, serial killers like himself. Dexter’s likeable personality is completely fabricated and only meant to mask the monster inside. Even though his actions make him a criminal, it is his compassion that reminds us of his heroic ways. Dexter knows he is a killer and under any other circumstance would murder anyone, indiscriminately. It is the good memory of his foster father, Harry, that drives him to only harm those who “deserve it”. His actions feel justified and viewers have a hard time not sympathizing with him. Dexter being caught is the last thing any of us want, and that probably makes us a little sick too. 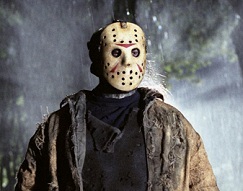 Jason Voorhees has made a career out of refusing to die. The fictional serial killer from Camp Crystal Lake has slashed his way through the last three decades. Possibly responsible for making hockey masks more famous than the NHL did, Jason’s motive is pretty simple: kill all. His origins as a disfigured boy who drowned in the camp lake
allow him to generate sympathy and support from fans of the Friday The 13th franchise. A young tortured and misguided soul, Jason kills in response to the camp counselors who ignorantly allowed him to drown. It’s that very act that gives Jason justification, and under many circumstances, allows him to also be an anti-hero. There isn’t much depth to the stories of Jason Voorhees. Empty cabin in the woods? Check. Young, drunk teenagers about to have sex? Check. Machete to the throat of said teenagers? Check. People can’t seem to get enough of the badass that is Jason Voorhees.