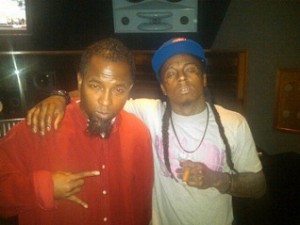 Complex.com has published a brand new interview and feature with Tech N9ne. The feature outlines Tech N9ne’s rise in popularity, all the way to his collaboration with Lil Wayne. During the interview, Tech opened up about his experience on working with Lil Wayne and what the collaboration meant to him:

He saluted me and everything. It was a beautiful feeling man. We did one [song for Tha Carter IV] and he’s doing one for my album. I mean, I can’t really describe [the song we did], but it’s MCing, rapping. Just going. You know how he was doing ‘A Milli’ and it was just rapping? Boom. That’s what we did. We brought our MCs to the table. Rapping, motherfucker. We don’t have to have no certain subject, we were just going. I have no idea who produced the track. He didn’t even know.

Tech also shared his feelings on what it’s been like to be recognized by everybody, from Busta Rhymes to KRS-One. With all of the speculation over Tech’s recent collaborations, this is sure to be bombshell news for fans of both Tech N9ne and Lil Wayne. Click here for the full feature.