Tech N9ne Vs. The Industry [Editorial] 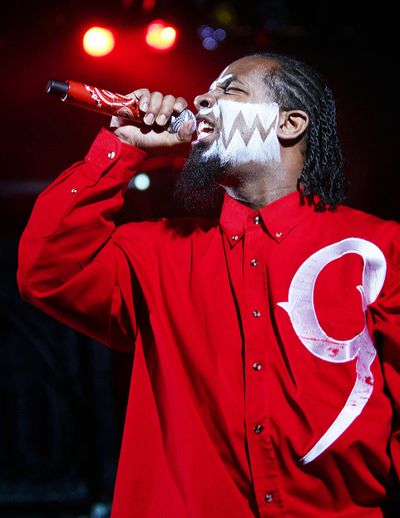 This is a principal moment in hip hop culture — the corporate towers are slowly crumbling, and independent businesses are quickly rising. One-syllable, mainstream acts (scripted by ghost-writers), are now being exposed more and more. Yes, finally, these cankerous emcee’s are having their true smiles brought to light like a dead tooth. Wounded by the absence of lyricism, “platinum status” has dropped faster than an ex-stock broker turned stripper, and on top of that two dollar bill, virtually ALL clear channel-hip-hop radio stations are changing format — they say rap is now techno — but the streets are still screaming, “We Want That Real Hip Hop!” from any open window they can find.

Luckily for lyrical artists, millions and millions of fans still croon in harmony, boycotting distributors for the music they idolize. People want perceptible lyricism, that’s why your favorite independent emcee, Tech N9ne, continues to bring you the most innovative, clever, and down right tenacious verses in the business. His polysyllable rhyme-schemes, palindromes, wordplay, and metaphors are of the most analyzed in the game:

“Maybe get up in the club and shoot it up and make a panic at the disco,
(reversed) fuck you if demons are what you worship ” –“Paint A Dark Picture”

“You can not rap, scrap with me, nigga to the back of me, catastrophe hits, yo shits raggedy , it had to be this, tragedy shit, suck it up, don’t be mad at me bitch, I’m glad to be rich, you gets none, with that faggoty pitch.”- “Gunz Will Bust”

“Verbally, u heard of me, murda thee, mental capacity, flippin wit Missouri on da back of me, pack a b, think tech attack a motha fucka wit a tongue. Nigga betta b, steadily, bringin da medley, readily, cuz every nigga thinkin a head of me, will neva b ready cuz I bring it like a bullet from a gun.” – “What We Are”

Tech’s double-time is one of the original blueprints, its construction has been contested as the fastest of all-time (you can be the judge on “Worldwide Choppers”.) From the banging on his chest — to his hands in the air playing in part of a metronome — his double-time is feared. The raw, grimy, thought instilling substance he brings is controversial, borderline provocateur.

Fans relish his music, but in all candor, Tech is purely independent, so before anyone is visually swept away, their first experience with Tech is most likely through plugging a pair of headphones into their head and listening to his music. Like all things that belong to each other, through that link, Tech N9ne has developed a following that outshines any current radio star. His fans are more than just people looking to fill in the background noise, they’re fans who need good music to get by, people who use music as a form of theraputic release. The same people who are spending countless hours online, looking up lyrics to their favorite Tech verses, trying to fathom every line he recites, every inventive rhyme scheme he spits with his ingenious delivery. Kids and grown-ups all around the world are performing these verses, in subways, classrooms, work stations–anywhere a voice can be heard, Tech’s lyrics has channeled a bond to fans of true lyricism.

As well, Tech N9ne is co-signed by some of the most respected lyricists on the mainstream dial including Lil’ Wayne, Busta Rhymes, Ice Cube, and other up and coming independent stars like — Kendrick Lamar, Yelawolf, & World-Rap Battle Champion, Illmaculate.

So style for style, Tech N9ne is above anything the industry has to offer, and in this resurgence of modern lyricism, Tech is leading the way for all young (and older) emcee’s alike. Tech N9ne is lyricism, and lyricism is, was, and always will be the heart of hip hop–no one can ever take that away.