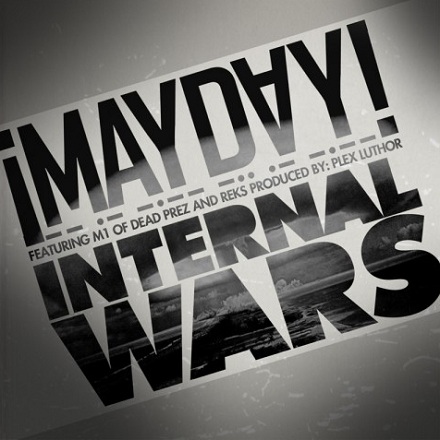 ¡MAYDAY!’s most recent single has proven to be a smash hit with hip hop heads everywhere. Released just last week, “Internal Wars” features the legendary M1 of Dead Prez and Reks teaming up with ¡MAYDAY! for a sinister look at what else, the war inside. Produced by Plex Luthor, the track quickly became a favorite with visitors on DJBooth.net and has managed to take the coveted #1 spot on their Top Independent Hip Hop Chart. Knocking off Skillz’ “2011 Rap-Up”, ¡MAYDAY! also stands above singles from Mac Miller, Saigon, and Planet Asia.

Click here to listen to “Internal Wars” on DJBooth.net.