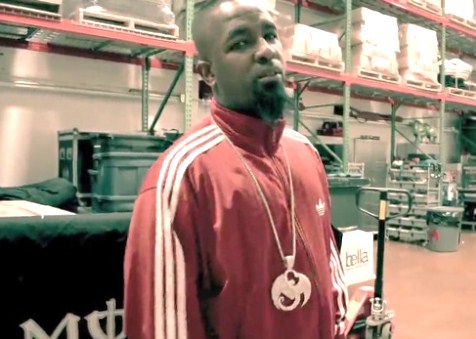 With Monster Energy as an official sponsor, Tech N9ne is preparing to take Strange Music on a record breaking trek across the nation with the “Hostile Takeover 2012” Tour. Featuring Machine Gun Kelly and Strange Music’s Krizz Kaliko, ¡MAYDAY!, Prozak and Stevie Stone, the tour is slated for 90 shows in 99 days!

Before the longest tour in rap history hits the road, MonsterEnergy.com has uploaded a brand new exclusive video from Tech N9ne. Announcing the tour, Tech N9ne gives viewers a quick rundown of they can expect to see on the massive tour this summer. With VIP packages already available, Tech N9ne’s “Hostile Takeover 2012” Tour is sure to be the biggest party of the year.