We all know that Colorado has an insane amount of love for the Snake and Bat, and Denver happens to house one of the most dedicated Street Teams the label has. At the head of this powerhouse of teamers is a Technician who has been spreading the word since the early days of Strange Music.

Tony Cruz quickly became a follower of Tech N9ne after hearing him featured on Yukmouth’s Thugged Out: Albulation album. When he got the chance to experience Tech live for the first time in 2003, Tony didn’t miss the opportunity and even followed up the show by going to Tech’s meet and greet in Aurora shortly after. He was pleasantly surprised by how down to earth Tech was and has been a huge supporter ever since.

When Tony was given the chance in 2010 to showcase his promoting abilities, he immediately took the challenge and plastered his local music store with Shock Treatment promo and earned himself a spot on the Denver Street Team. After two years of promoting in every form possible, Tony was asked to take over as lead, which he was honored to do.

He now manages five of the most effective teamers Strange Music boasts. Tony has a great passion for the music and takes his role as lead very seriously. He and his team not only promote around Denver, but in surrounding towns such as Aurora, Englewood and Westminster as well. According to Cruz you ‘gotta do it big’ when it comes to getting the promo out there. He credits his team’s efforts and Denver’s enormous love for all that is Strange with the success of their market.

Denver’s sold out March 22 show for the Independent Powerhouse Tour further showcases the success of Tony and his team. When first taking over as lead, one of his goals was to help sell out shows in his area so he was very proud to see that goal come to fruition. Tony was amongst the estimated 3,600 attending the show, enjoying the meet and greet and passing out tons of promo along the way! 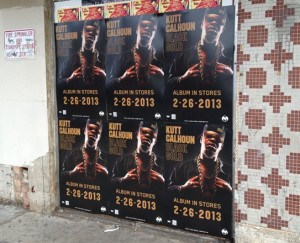 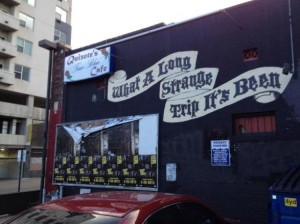 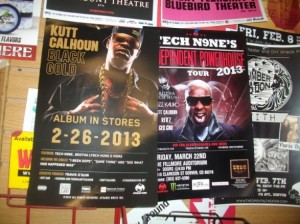