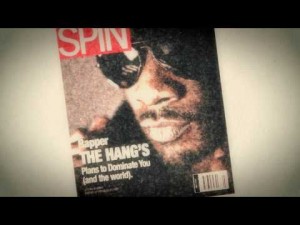 The trilogy is complete! A series of videos directed by Dan Gedman of Liquid 9 Productions for Brotha Lynch Hung’s Strange Music debut, Dinner and a Movie

, has reached its final chapter with the latest video, “Colostomy Bag”. The video completes the trilogy of videos that started with “Meat” and continued with “I Plotted”. The concept of the videos is the story of an ordinary man-turned-serial killer because of the hardships and difficult situations he faces in life. Lynch plans to have a trilogy of videos to go along with his next two albums that will eventually form a complete story told over nine videos. Shot with graphic imagery and disturbing content, the videos return Lynch to the forefront of the hardcore-rap genre and are made with the originality and creativity to be expected from a Strange Music release.

“Meat” is the first video in the trilogy. The main character, a nameless man, experiences the struggles of trying to support his family while his wife complains and his son starves. By the end of the video, the character is driven to the edge. Click here or watch below.

The second video, “I Plotted”, finds the man as a full-blown killer, driven to insanity and on a killing spree. Click here or watch below.

The final video of the first trilogy, “Colostomy Bag”, shows the repercussions of the man’s killing spree. He’s making headlines all across papers and magazines for his sick and murderous ways. In the video we see what happens to the victims of his kidnappings, as they are trapped and the basement to become victims of gruesome experiments involving knives and coat hangers. Click here or watch below.

This marks the end of Lynch’s first of three mini-movie trilogies. One can only expect the worse to happen in the next series of trilogies to be shot in conjunction with his next two albums, Coathanga Strangla and Mannibal Lecter. With the videos that have already been completed, Lynch has made it clear that the Siccmade man we know and love is back in full-force.