POLL: Most Terrible And Demented Strangler Of All Time? 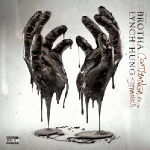 In the spirit of the siccness presented to us through Lynch’s upcoming Coathanga Strangla, it’s only proper to review the most lurid and despicable stranglers of all and find out how Lynch’s demonic creation stacks up. Vote below for the most vile strangler of all-time. 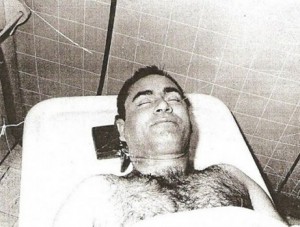 In 1967 through 1968, the city of Gaffney, South Carolina was terrorized by the deaths of four women, who were strangled at the hands of Lee Roy Martin, later dubbed “The Gaffney Strangler.” Martin killed and abducted four women, ages ranging from 14 to 32, and was given the title of “The Gaffney Strangler” four days after he called the local newspaper to tell the editor where the bodies of his victims could be found.Martin was even repugnant enough to offer his hand in helpin the search for the last of his victims, 14-year-old Opal Buckson. Shortly after he was apprehended, eventually sentenced to life in prison with no chance of parole. The sentence was short-lived, as he was killed by another inmate shortly after, resulting in the autopsy picture seen to the right. From looking at the photograph, clearly Martin had no remorse until his dying day.

The Hillside Strangler
The title of “The Hillside Strangler” is actually taken up by two men, cousins Kenneth Bianchi and Angelo Buono, who together killed, raped, and tortured girls and women ranging from 12 to 28 years old. Starting in 1977, the two would commit their gruesome acts around the hills of Los Angeles, California, earning the title of “The Hillside Strangler” by the task force which was organized to capture the supposed lone killer. The duo killed 12 women, sexually abusing them before strangling them, also experimenting with other methods of murder, including carbon monoxide poisoning, electric shock, and lethal injection. Sporting fake badges, the two would often pose as undercover police officers and lure their victims into their car. The two were tried for their heinous acts in 1977. Buono was handed a life sentence and died of a heart attack in September, 2002. Kenneth Bianchi is currently serving a life sentence in the Washington State Penitentiary. He will be eligible to apply for parole in 2025. 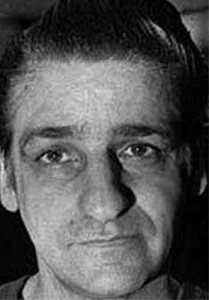 Perhaps the most famous strangler of all time, the identify of this killer is still up in the air, making his lurid killing spree that much more frightening. In the early-to-mid-60s, 13 women were strangled to death in Boston, Massachusetts. The killer would often break into their apartment and strangle them with silk stockings, causing the murders to be coined “The Silk Stocking Murders.” 33-year-old Albert DeSalvo, was arrested on robbery and rape after being identified by his victim of rape and robbery. He would later confess to all the Silk Stocking Murders, revealing details that were unavailable to the public, leading the police to believe they had found their killer. However, before any conclusive evidence could be reached, DeSalvo was killed in prison, serving time upon confessing for the murders. It has since been revealed that his identify as the Boston Strangler is doubtful, due to DNA evidence and inconsistencies in his story.

Out of poverty and domestic issues grew The Coathanga Strangla, an ordinary man turned serial killer. So far he has yet to be caught, but has already gotten away with a number of grisly murders painted with repugnant detail. An excerpt from one of his writings is all it takes to realize the severe nature of the Coathanga Strangla’s psychosis:

“I hang a nigga and strangle niggaz with barbed-wire
it’s a little strange, but listen to what I desire
I put the tools in their nuts, twist it with the pliers
I’ma hot rod you a hot dog like Oscar Meyer
I drop logs nigga shittin’ like diarrhea
You get the butcher knife to the eyes if you try to see him”

As mentioned before, this sick and demented mind has yet to be apprehended for his crimes against humanity, but has left clues for us to find his whereabouts. Albums like Dinner and a Movie and the upcoming Coathanga Strangla (now available for limited-edition pre-order) is the only evidence we have to solve the mystery of his dementia and whereabouts. If you have seen the Coathanga Strangla, please call the authorities immediately.

VOTE BELOW for the most twisted, vile, and depraved strangler of all time. Click here to pre-order an autographed copy of Coathanga Strangla which includes limited-edition album t-shirt and sticker!