SPOTTED: ‘Dinner And A Movie’ Poster Appears on MTV’s ‘My Life As Liz’ 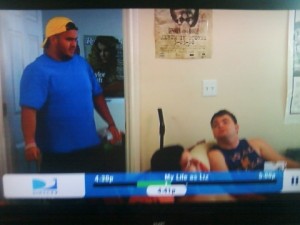 One of Strange Music’s fans, @Fatmanstrangula, was watching MTV and noticed something familiar hanging on the wall in the background: a Brotha Lynch Hung Dinner and a Movie poster. The poster was spotted on an episode of MTV’s My Life As Liz, a reality show that follows an art student in New York. @Fatmanstrangula tweeted the photo along with the tweet below. Lynch is busy working on his next album, Coathanga Strangla. The album is expected to drop April 5, and is now available for pre-order.