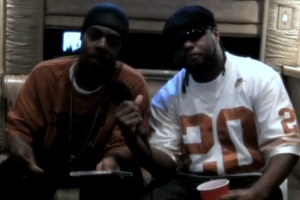 S.B. the Grindaholik of Grindaholik TV sat down with Brotha Lynch Hung and a cup of KC tea for an exclusive behind-the-scenes interview during the Strange Days tour. Lynch talks about his first album, 24 Deep, (which was released in 1992 by cassette tape) signing with Strange Music and the concept behind his trilogy set. Fans can get a copy of Coathanga Strangla, the second album of Lynch’s three-album installment, on April 5. Check out the full video interview below.

What was the first Lynch album you bought?