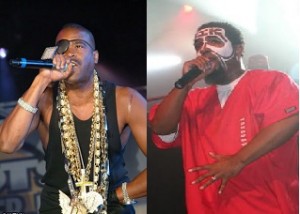 As a fan of old school Hip Hop, Tech N9ne grew up with plenty of different artists to draw influence from. There is although, one specific artist who may be responsible for Tech’s signature speedy flow. Tech N9ne revealed to fans on his official Twitter that Slick Rick pushed him to be a faster MC. Here’s what Tech had to say: