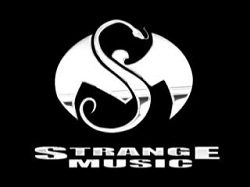 As October comes to a close, fans everywhere are making their preparations for another exciting and memorable Halloween.

Like the tradition of handing out candy to trick or treaters, many people will be celebrating their Halloween with Caribou Lou fueled parties, and what good is a party without a Strange Music playlist? From Tech N9ne’s Anghellic to Brotha Lynch Hung’s Coathanga Strangla, there is no shortage of terrifyingly pumped up hits to keep the party going. Rather than give out a playlist, we decided to go straight to the fans and see what you will be playing during your Halloween celebrations. Just remember to keep the lights on!

Tyler Burgess – “Bumpin K.O.D. always have since it came out on halloween! STRANGEEEEEE music….. BITCH!!!”

Timothy Phillips – “Boogieman, in the trunk, be warned, and sinister tech for sure. Technician till I die”

John Schreiber – “hunterish, riot maker, loud, thug pit, b boy, am i a psycho, and probably all the chopper songs.”

Tom Korop – “alot of good ones but have people forgot about allucard? thats a halloween track for sure…”

Christopher Reynolds – “Brotha lynch she thinks am a pyscho !!!!”

Do you have your own playlist already picked out? Share it with us in the comments below!