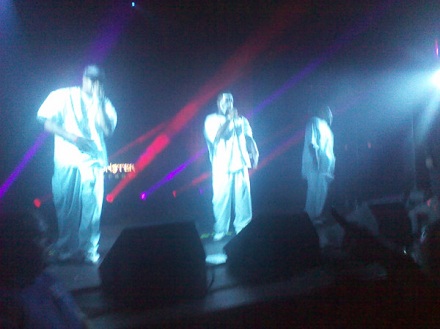 Tech N9ne and the rest of Strange Music kept things moving on The Lost Cities Tour with a stop in Eugene, OR on 10/28. Fans packed the McDonald Theater to catch opening performances from Flawless and Strange Music’s Jay Rock. The energy in the building had everyone excited as they awaited the night’s headlining performance from Tech N9ne. Giving fans brand new songs from All 6’s And 7’s and Welcome To Strangeland, Tech N9ne hit the stage with Krizz Kaliko and Kutt Calhoun to close out the night in Eugene.

“Performed a great concert last night in Eugene! Your a beast Tech”

“Y’all did the damn thing in Eugene, much love to the strange music crew, hell of a show Tech N9Ne”

“You fuckin killed it tonight, seein you guys when your back in Eugene.”