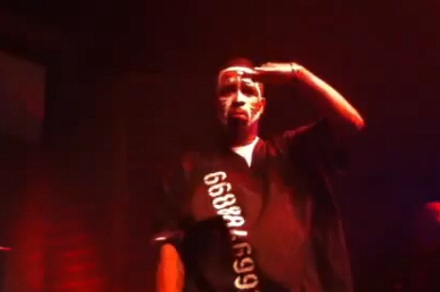 The Lost Cities Tour smashed through Bloomington, IL on 11/18 for a sold out show at The Castle Theater.

Tech N9ne’s traveling circus started off the night with Flawless and his electric performance that included a live drummer and enough flows to keep the crowd alive. Jay Rock then sent the crowd into a frenzy with his biggest hits from Follow Me Home. The night ended with a spectacular headlining performance from Tech N9ne, Krizz Kaliko, and Kutt Calhoun. Ripping the stage with fan favorites, Tech N9ne gave the sold out crowd a memorable night and added another lost city to Strangeland.