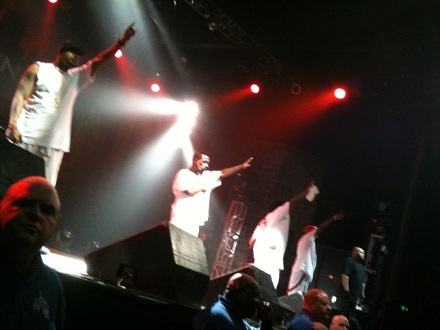 The Lost Cities Tour made its way to Rapid City, SD on 11/13 and made a huge impact at the Dublin music venue.

Fans in attendance experienced the same spectacular opening set from Flawless, who has been making plenty of noise along the tour. Jay Rock made his own noise with a solo set that set the tone for the Strange Music party in Rapid City. The night was headlined by Tech N9ne, Krizz Kaliko, and Kutt Calhoun. The trio gave the crowd a brand new stage show that included new songs from all of their latest releases. Rapid City was definitely the spot to be on this particular night!

“Last night was defiantly the best show I have ever been too. I can’t wait till Strange is back in March!”

“you guys rocked the fuck out this little hick ass town. in rapid city!! fuck ya dude look forward to seeing you guys in the future”

“Totally went to your show tonight! IT TOTALLY ROCKED!!!! IF YOU COME BACK I WILL TOTALLY BE BACK IN A HEART BEAT!!!! LOVED YA’LL!!!!”