Meet Valerie Ziemski, Lead of the Salt Lake City Street Team! Valerie has been an active team member since 2008, spreading her love for Strange Music as far as she can and using it to reach some personal goals as well.

From a young age, Valerie dreamed of being a model and focused on that dream even further as a teenager when she decided that being a fitness model was her ultimate target. Over time and after having children, she found that she was not as close to reaching that goal as she would like to be. So at the beginning of 2012, Valerie once again set her sights on attaining fitness model status.

By dedicating herself to a healthier lifestyle full of eating right and working out, she was making quick progress. Unfortunately, Valerie was involved in a serious car accident in July from which she suffered neck and back injuries. For two months, her rigorous routine was put on hold so she could rehabilitate herself properly.

But the word “quit” was never an option for Valerie.

With the right mindset, Valerie stayed on track and has lost an incredible 85 pounds to date! She cites Strange Music as one of the driving forces behind her success. From Kaliko’s continued weight loss, to all of the artist’s upbeat music, Valerie receives plenty of inspiration to keep pushing forward. She was also flattered that the artists on the Hostile Takeover 2012 Tour noticed her weight loss last May! Recently, she did a particularly Strange photo shoot to show off her dedication to her fitness goals as well as her passion for Strange Music.

Valerie has kept her Facebook page up to date to show the progress she is making on her way to becoming a fitness model. She is grateful for all of the positive feedback she receives and always embraces any outreach for advice about fitness and health. Valerie loves being able to help others reach their goals and says that staying positive is always the key! 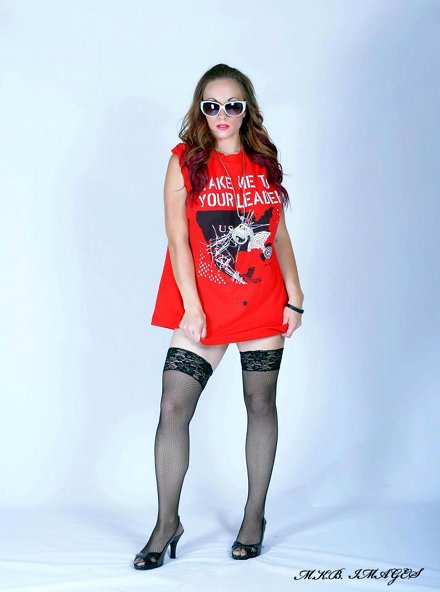