‘I Signed A Finger’ – Lynch Talks To The Archivest 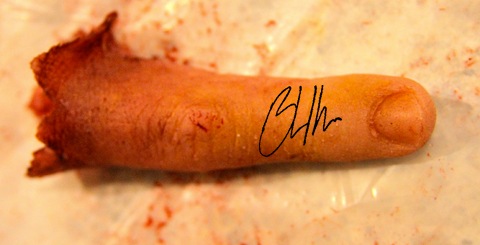 Leave it to Lynch to say something that make you go “WTF?!”

Whether on records or interviews, it’s a pretty common occurrence with Brotha Lynch Hung.

Here in this interview with the legendary Archivest, we learn that Lynch is definitely having the most interesting meet and greet experiences during the Independent Powerhouse Tour, as one fan brought a finger for him to sign (no word on whether the finger was real or not).

The interview also has Lynch breaking down some of his classic material like Season of Da Siccness, which we learn that he produced, engineered and mastered all by himself.