The legions of fans that Tech N9ne has accumulated come in all shapes and sizes. When the average person imagines a Technician in their head, they probably see alternative clothes, a surly attitude and a rebellious disposition. However, look deep within the throng and you will find people of all walks of life.

Meet Kevin Johnson, what many would call “the boy next door”: mild-mannered, grade A student and volunteer. Kevin is one of those guys that any parent would be proud to call a son: there for his family, always looking out for other people and possessing a heart as big as any you’ll ever meet. With a degree of humility that is the mark of all great people, Kevin says:

I’m just a laid back guy, nothing too fancy. I love school. I know it’s weird to say but I’m a nerd at heart and always will be. School to me has always been a number one priority because that’s what takes you places.

Tragedy and heartbreak struck a young man who deserves the best when two of his grandmother died of cancer only a month apart. His closest grandmother, a gentle and warm soul who went by the name of Donna Engleman, was the first to pass away from the disease that continues to claim the lives of so many close to us. 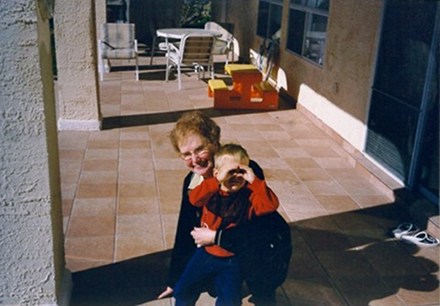 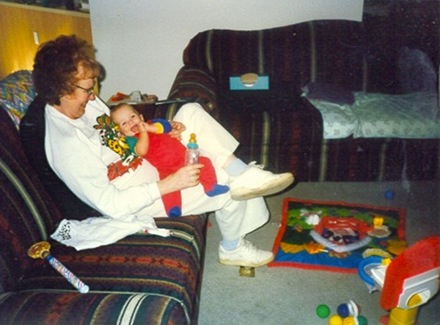 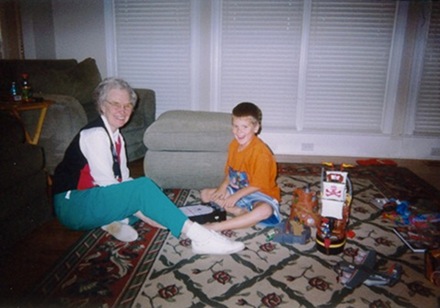 The doctor told Kevin that she had a few months to live, which sent his mind immediately racing:

So with that in my head…you don’t ever want a timeline of when someone’s going to pass away you know? So he gave us two months and after being mad and “Why? Why this? Why that? Why her?” like she put in all the extra time in the world to me and my brothers, I have two older brothers, and she put all of her extra time into us and never really did anything for herself. She was always a selfless person and would just volunteer all the time and do everything.

Not shortly after, Kevin was faced with a a terrifying reality:

In my head we still have two months left and I’m like “Alright, hospice will take care of her. Everything’s going to be great. I’m going to visit her as much as I can. With school and work though it’s hard.

Then my mom calls me one day and is like ‘Kevin, you need to come home.’ I call her grammy grandma whatever. “Grammy’s not doing so well. I think this might be it.” So in my head I’m immediately getting angry and I’m like “That’s bullcrap. The doctor said we had two months. It’s stupid.”

So I went home and I visited with her that night and the next morning she passed away. So the two month time period that I thought I had turned into a week and a day maybe.

As if he didn’t enough to weigh on his mind, another tragedy struck Kevin: his other grandmother, another kind soul by the name of Mary Lou Johnson died of the same disease. 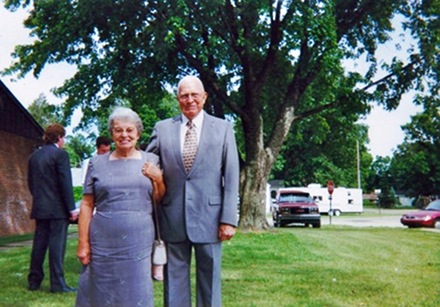 Before leaving this world, she gave Kevin something important to remember:

I visited her one time before she passed and she just said, her and my other grandma would always say the same thing “Always have a smile on their faces, even though I was in 11o percent good health, and you know they were near death. Why can’t I have that smile on my face that they can? That’s what I always wondered.

Like many faced with similar situations, the emotional stress made its way into Kevin’s sensitive young mind, and affected everything he did. He began to retreat, taking time of school to recuperate in his room and reflect on what had just happened.

What snapped him out of his rut? It would go by the name of Tech N9ne…

After that I kind of stopped going to school for a little bit. Not like leaving it but I was just like “I need a break from everyone” because a lot of my friends, we’re really close and I’d tell them stuff but I just didn’t want to be bothered with it. So I was home one day and one of my buddies that’s a couple of years older than me came by and was like “What are you doing?” and I’m like “Well I’m just sitting around and looking for music to bump to. I just need something different. I need someone to talk to me through lyrics that I’ve never heard. I want something new. I want change.” He was like “Well dude, why don’t you just come on out? Let’s get out. Let’s do something fun.”

Taking a ride in his friend’s car, Kevin was about to have his life changed.

So we’re in his car and he’s got Pandora on and I don’t remember who’s station it was, it might have been Tech’s I dunno, and a song came on and it was a song off of K.O.D. So that song just started playing I was like “Hold on, stop, who is this?” And he was like “Oh you don’t know who this is?” and I’m like “No, I have no idea who this is” and I’m like “Hold on, I want this.”

After he dropped me off, and I got the name of Tech and I think a Krizz song came on in there, I started to research it more and more and came across the entire K.O.D. album.

I kept on listening to more of that and, this sounds really stupid, but with each song I would go on my computer and look up the lyrics to it obviously because half the time he’s rapping so fast I have no idea what he’s saying, but I would take that and I would go on my computer on microsoft word or whatever and I would take a quote off of what he said and I’d make it look all fancy on Microsoft Word, print it out and I’d put it up on my bathroom wall.

Every day and every week I’d come in and I’d look up and there’d be quotes that I could just read in the morning while I’m brushing my teeth or doing the daily stuff and I could look at that quote and then it would just hit me that day, I’d be like “Alright, I can do this.” I’ve got something to go off of. I’ve got somebody else that I can listen to and that their words can reach me, somehow, I don’t know what it did but it just made me realize that I shouldn’t give up, you know?

Blessed with a renewed perspective that took him back to where he was, Kevin is back to being the happy, upbeat and positive person that he always was.

Once again, we’re reminded as to why Tech N9ne has such a following: it’s not just about the beats, the intricate rhyme schemes or the incredible flow, it’s the message behind the music. Through displaying his humanity on wax for the world to absorb, people are taught that there is life after pain and hope after suffering.

Kevin will go on to pursue a pre-law degree at the University of North Carolina, Charlotte.

We congratulate Kevin on his strength through adversity and know that he will touch many lives through his positivity, hard work and undying hope for a better day.

How has Strange Music and its artists touched your life?