It was only a matter of time.

With Rittz’s Strange Music debut The Life And Times Of Jonny Valiant turning heads across the internet, it’s no wonder that his southern-fried double time glory would reach the ears of influential southern producer/emcee Mannie Fresh.

Recently Mannie Fresh took to his twitter to reach out to Rittz and proposed that they do some songs together. Rittz quickly responded and the two are presumably in talks right now!

For those that have lived under a rock for the last 15 years, Mannie Fresh is the man behind some of the most infamous beats in Hip Hop. He came up with Cash Money as their in-house producer and half of the Big Tymers, and since leaving the house that Baby built has gone on to produce bangers for everyone from Kanye West to Mos Def.

Those familiar with Mannie Fresh’s production style are probably just as excited as we are at the possibility of Rittz’s intense flows getting laid on top of Mannie’s grandiose production.

Only time will tell what will come of this interaction, but we’re pretty confident that the byproduct could be some of the dopest music you’ve heard in a while.

Click HERE to purchase ‘The Life And Times Of Jonny Valiant’ 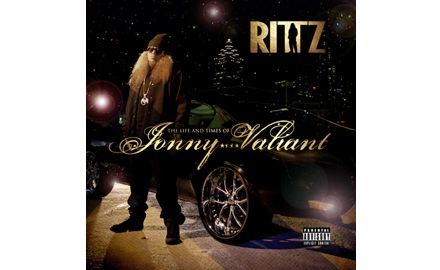