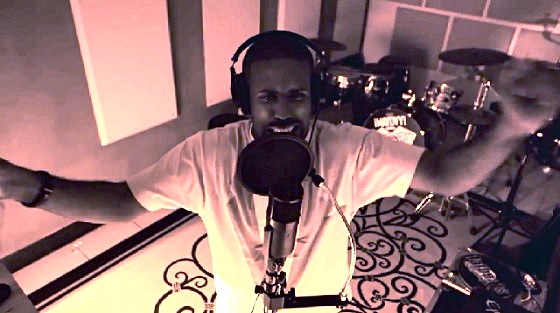 The inspiration behind the latest track from the MURS x ¡MAYDAY! joint album ¡MURSDAY! might come as a little bit of a surprise.

With its themes of strength through alienation, the powerful track, “Here”, has already struck a chord with listeners everywhere. We spoke with MURS to learn about the origins of the song.

He also shares his personal connection with the song and why he thinks he and ¡MAYDAY! crafted a song fit for everyone.

“Here” is a simply beautiful song that everyone can relate to. Can you tell us where the song was born?

The song was born in Wrekonize’s beard, wherever that is. I think he made the beat and the chorus at his house so it’s probably inspired by some beautiful woman. He probably knew he didn’t deserve her so he never belonged here.

But seriously, Wrekonize wrote the song and when I heard it we were in the process of deciding if we were going regular or going Beastie. Are we going to exchange verses? I felt like it was such an emo, MURS song – well, they’re not emo, but they get that way. I felt like if we just had long verses on it we would get too deep and I just wanted to let his hook shine. And the more we all talked about it we were just like yeah let’s just exchange verses.

We could all feel where Wrek was coming from, I think it’s a universal feeling. As funny as it is because as human beings we’re all in this together but most of the time we feel so disjointed and separate, like we don’t fit in.

It is very universal, and it’s also something that doesn’t really go away with age, necessarily. No matter how old you are, you can remember feeling out of place like that.

Yeah, my 15-year-old and I talk about it all the time. He comes from foster care, he’s adopted and he’s the only black kid at his school. He just goes through it on so many different levels. He has friends in our neighborhood that are really cool and he wants to go to school with them, but we think private school is a better fit for him so he’s just so bat shit crazy about not going to school with his friends. Then he goes to school and everybody loves him at his private school! He’s all in the yearbook and I’m like, “If I look at your year, you’re not a kid that doesn’t fit in. You’re a freshman and you have more pictures than some seniors. Everyone loves you. You borrow money to go hang out with them but then you say that you hate school.”

I really hated school. I cried my ninth grade year at lunchtime. I had to threaten people in metal shop with weapons to leave me the fuck alone because I was fucking crazy. They just wrote me off as a crazy person. I really didn’t fit in. That’s when I discovered weed and shooting dice, really hanging out with that group and we just kind of formed our own world. 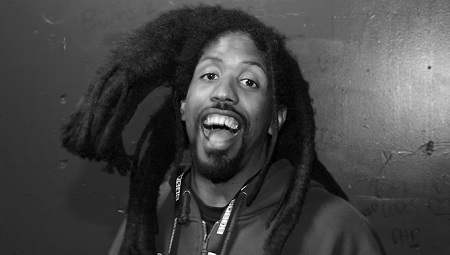 To me, that’s what the song speaks of. And it allows me to relate to my son. I don’t hate popular people or dislike them, but my experience is different. I feel like there’s a large group of us out there whether you’re an Atmosphere fan, a Technician or a Juggalo, this underground shit is for us. And there’s more of us than there are of them. We are all the outcasts, just different splinters.

Overall, I think we’re some of the most open-minded, cool and intelligent people on the planet – the ones who feel like they don’t belong – but if you look to your left and look to your right, there’s someone that feels the same way and if you have the courage to speak to them you’d see that there’s a common theme and that’s just human nature.

Definitely, for me “Here” also inspires a sense of being proud of being yourself and being comfortable in your own skin.

Yeah, exactly, being happy and being comfortable, and I learned that. By 10th and 11th grade I had a whole crew of motherfuckers and we were the different kids. Then I wasn’t getting picked on because I was a nerd or cool, I was getting picked on because the hottest girl in school decided to get dreadlocks and I ruined her. (Laughs) All the cool girls started liking us because we just started exuding our confidence like, “This is us.” This is what we do and it’s just as cool as playing football, if not cooler. 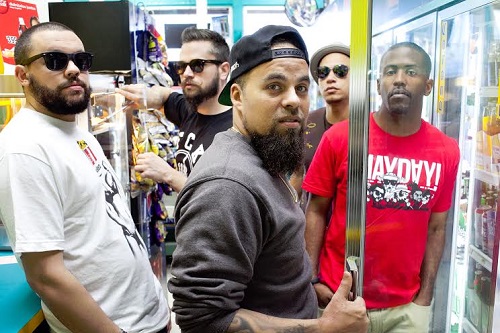 As we united we gained power and I do think there’s strength in unity. And you can definitely see that in Strange Music and underground hip hop fans. There’s a lot of us. We’re charting, we’re selling out shows. There’s just so many of us and when we’re together, we’re a proud and beautiful group of ugly motherfuckers I guess.

I think you covered the message of “Here” pretty well, is there anything else you want fans to take away from that song?

Just Wrekonize. He sings so beautifully. • What message does “Here” hold for you?

Leave us your thoughts in the comments section below!