They don’t call us Strange Music for nothing.

It takes a special breed of person to be involved with Strange Music. Whether you’re blazing the booth as a signed artist or wiping down bathrooms as an employee, pretty much everyone who is involved in this movement is a bit of a weirdo (in the best ways possible).

A perfect example of that is CES Cru’s track “Strange Creature” off their upcoming album Codename: Ego Stripper. Featuring MURS, the three emcees flaunt their Strangeness like never before over the always-expert production of SEVEN.

Of course we had to talk to MURS about his standout verse on the track, and the thing about interviewing MURS is….it very quickly turns into a half-hour long conversation about bazookas and flying Bentleys. We’re not saying that’s a bad thing, it’s actually pretty awesome, so go ahead and check out the full interview below.

I have a few questions about your appearance on CES Cru’s album.

You know, those two dudes that rap.

Yes, they strip and stuff.

How did the production on this influence your delivery?

I think the drums had a more hip-hoppy vibe to them, but the overall feel of it is very menacing. I think the drums gave me a little perk in my delivery…and it’s hard to rap with CES Cru and not rap like CES Cru, because they have such a distinct style, and I’m definitely a huge fan so I listen to them all the time.

When you got the track, was it just the beat or did you hear the other verses as well?

I feel like I got the beat a long time ago from Ubi, and then later I got the version with their verses and the scratches & the doctor – or the explorer or whatever that guy’s supposed to be – but yeah I got to hear their verses and I wanted to come with something comparable out of respect. I think on that track they’re definitely doing some of their best work. 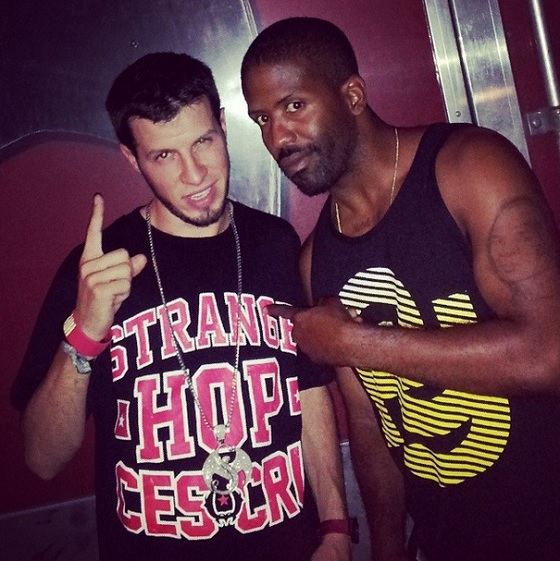 How was it hopping on a track for CES after doing all this work with ¡MAYDAY!? Did you have to kind of switch gears creatively?

Not really, because they included their verses and it kind of puts you in the mood. The music was so different from what I was doing with ¡MAYDAY! that it kind of snapped me back to where I needed to be. So yeah, I definitely had to switch gears but it wasn’t conscious. The music and their verses just put me in my place.

What does it mean to be the rap Don Cheadle?

Aw man! I feel like Don Cheadle is a solid actor. Like he’s not Denzel yet, but he’s definitely respected in the industry as a consummate actor. He’s more of like an actor’s actor, but now is getting some blockbuster appeal, and in that verse specifically it was making a reference because I said Ubi is the Tony Stark so I’d be the Iron Patriot to his Tony Stark from the Iron Man films, which I love.

He’s also a very socially aware celebrity, so he’s someone I admire and would love to be compared to. That’s the benefit of being a rapper, you can make yourself a doctor, you can also call yourself whoever you want and you can be whatever you want, so if I could be anyone I’d definitely be the rap Don Cheadle. I could be Brad Pitt but I’m kind of too handsome for that…and not white enough.

Yeah, he’d have to be like the acting MURS, not the other way around.

Yes, Brad Pitt is the MURS of the film world. I’m sure he says that all the time when he’s going for a movie. “How could you deny me this role? I’m the MURS of cinema!”

I think that’s how he got Fight Club…

Basically…I didn’t wanna throw that out there, but I’m glad you’re giving me accolades so I don’t have to pat myself on the back this whole interview. 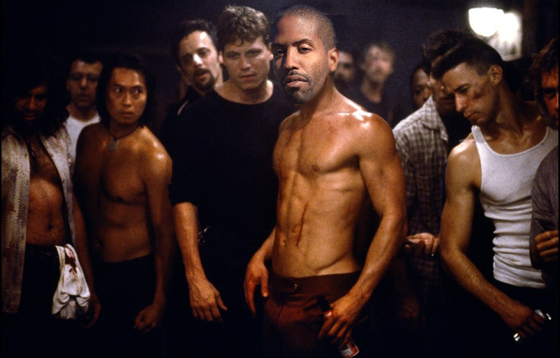 If you could describe this track to someone in 3 words, what would you say?

That is perfect. Have you gotten to hear the rest of the album?

No, of course not. It’s under lock and key, probably guarded by Travis and his extensive arsenal of guns that aren’t even out yet.

Do you think he has smart bullets that can go around corners?

I definitely know that he does. I think that he financed the development of those bullets. I also think that Travis is like the Strange Claus.

So he just goes to their house with like a giant bazooka and is just like listen to this now?

Yeah. “You can have this, but if you play this for anyone, if you burn it illegally, if you upload it…I will personally shoot this rocket launcher somewhere you don’t want it shot.”

He probably pays people to do that…I don’t know, he’s such a mystical, magical being…I mean that in the most heterosexual way possible. See, when you start talking about Travis you gotta kind of start backtracking because you don’t want him to show up with a bazooka at your house.

Yeah. I think him and Tech…Tech pours up a large bottle of Caribou Lou or KC Tea and they ride throughout the nation dropping off all pre-orders, so if you haven’t pre-ordered a Strange Music album, you’re missing out on an experience because who wouldn’t want Travis and Tech to show up at your house with KC Tea and the newest Strange Music release?

They just show up in a flying Bentley.

Yeah, a flying Bentley. I like that. This is great! I need someone in the art department to draw this picture of the Strange Music Mobile – AKA the Strange Phantom – with Tech and Trav joyriding throughout the nation, and the world – because we have Strange fans all over the world – dropping off the pre-orders so more people would pre-order, ’cause it’s stupid not to. 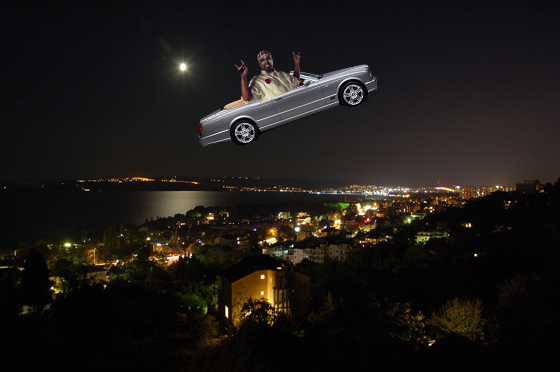 Dude, I think we just made the first Strange Music children’s book…

Woooow. I do think August 5th is going to be a holiday. I’m on a rap fast right now because I don’t want to listen to any rap while I’m recording my album, but I will go buy it.

I’m really excited and I’m glad as a Strange Music artist I don’t get early copies. My wife actually bought a bunch of t-shirts from the SOS sale. We still support the company. I can’t wait to go to the record store and buy Ego Stripper.

What does the title Codename: Ego Stripper mean to you? What do you think when you hear that?

I mean I could be silly, but on my rapper shit I think they’re like the people that we at Strange would send in to bring you down to Earth. Like, “Oh, you think you have spitters? You think you have real rappers on your squad?” These are the guys that’ll come in and strip your ego. They’re like the black ops of lyrical assassins.

I do mention lyrical assassin in my verse, along with other inappropriate things…My mom’s probably not going to listen to the record so…

Even if Travis hand-delivers it in a flying Bentley?

Then she’d listen to it but…I mean I didn’t say anything that’s untrue. It’s uncomfortable when I was listening to it I was like wow, I said that…but…It’s true. My mother knows that I’m blessed.

That’s a good story. When i was a kid and first moved in with my girlfriend, I was 17 living with my first girlfriend. The girl that took my virginity, and she came in and she brought stuff from Costco and she came in with like a toaster oven, some pop tarts and a box of Magnum condoms. I was like who does that? Whose mom? It was so embarrassing in front of my first girlfriend and the first person I’ve ever had sex with to bring that in.

My mom’s favorite saying was, “It was mine before it was yours.” That always grossed me out as a kid, but she was like, “You walk around in your underwear in my house with no shirt on all day”- and I was a briefs guy at the time so she’s like – “I know what kind of equipment you have. So here’s some Magnum condoms because I know you need them.”

How embarrassing is that bro? 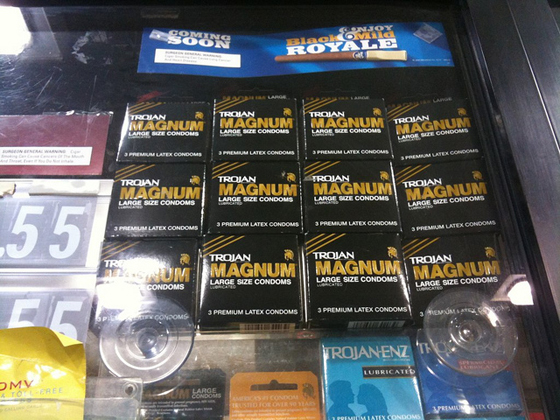 Yeah…I assure you it doesn’t get deeper, there’s no incest or anything like that. My mom’s one of my best friends. Like when you have a single parent family, my mom and brother and I are real close like that – but that was very uncomfortable.

But yeah I mean it rhymed, and it was something that was inappropriate, and it’s a Strange Music album and the verse is about being insane and…it worked. I think we had just finished off the ¡MURSDAY! run when I turned in that verse. Wait, no it was after we did all the ¡MURSDAY! videos at Strangeland and then I got home and…see that’s another thing, you know you’re taking too long when Travis calls like, “So…are you gonna lay that CES Cru verse?” FUCK!

If I would have gotten a text from Tech telling me to lay my CES Cru verse, I probably would have just kicked myself in the nuts, but I think it was Ubi and Godi were like, “Travis, yo MURS is frontin’ on us, can you give him a call and see if he’ll finally lay this verse?”

I think he probably had a bazooka pointed at the phone.

Travis’ bazookas. I think that could be the children’s book series, it’s all based on Trav and his bazooka.

I have the most amazing image of Travis standing on a hilltop with tw0 bazookas.

Yeah that’s dope. I think that should be a new…maybe not a new logo, but it should definitely be a T-shirt.

If Trav reads this interview I’m sure he’s gonna call me and go, “Actually I don’t have a bazooka, I have a blah blah blah blah rocket launcher.” And send me a link to the picture. Or he’ll text me a picture of his real bazooka and say, “How do you know?”

All of a sudden my album’s not getting released next year….I’m just signed to Strange Music as Travis’ bazooka cleaner and carrier. That’s probably not a bad job actually, I might apply for that after my rap career is over.

I feel like it’s high-risk, so it’s probably high-reward.

Yeah, because I don’t know shit about guns. I’m from a culture of people that point them sideways just to look cool.

You can’t hold a bazooka sideways…

This is uh…I had my questions done like, a minute ago.

Is this print? I’m sorry if I’m making more for you to type.

No, it’s print, but this is amazing. I’ll type it.

I hope someone reads it, do people read these things?

Yeah, they do… especially when they’re entertaining, so this helps.

Cool. Well yes, type it on up and tell everybody to go buy the CES Cru album because not only am I telling you to buy it, I’m buying it myself. If you live in Tucson, save a copy for me because I go to places that are sold out of Strange shit because Tucson is such a huge market.

I will make sure to tell people in Tucson to save a copy for MURS.

Yeah, chill out. Don’t go buy 2 copies until I get my copy. When you see me Instagram my copy, then you can go get your second copy. 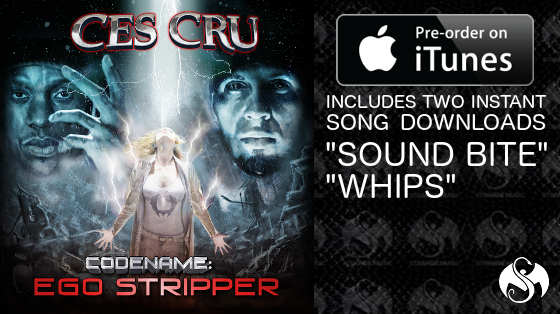