The Winner Of Tech N9ne’s Warrior Built Contest Has Been Announced! 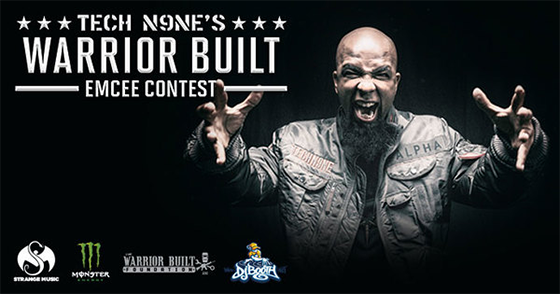 The time has come!

The staff at Strange Music has been hard at work listening through thousands of submissions for the Warrior Built Emcee Contest. After shuffling through many amazing verses sent to us, we have finally found a winner.

We would like to proudly announce the winner of Tech N9ne’s Warrior Built Emcee Contest is Jay Trilogy! He is a rapper from Bloomington, Illinois.

He will be flown to Kansas City, MO, where he will record his verse for “P.T.S.D.” at Strangeland Studios, along with shooting the music video. Both the song and video will be released before the end of the year.

His submission can be listened to below. Congratulations, Jay! And a huge thank you to the Warrior Built Foundation, Monster Energy, and DJ Booth for helping put together this contest!