Strange Music rolled through “the biggest little city in the world” of Reno, Nevada for The Strange Days Tour. Fans were in anticipation for the show at The Knitting Factory and some even tried to connect with other Strange Music fans to meet before the sold out show. Strange Music definitely delivered on its promise of the best hip hop show in the country and stirred a frenzy in the crowd. The Strange Days tour now moves on to Santa Cruz, California to wreck shop in the Golden State.

Make sure you catch Tech N9ne, Brotha Lynch Hung, Kutt Calhoun, Krizz Kaliko, Big Scoob, Prozak, and Cognito coming to a town near you for the Strange Days Tour!

Check out some of the fan-submitted pics from the concert in Reno, NV! 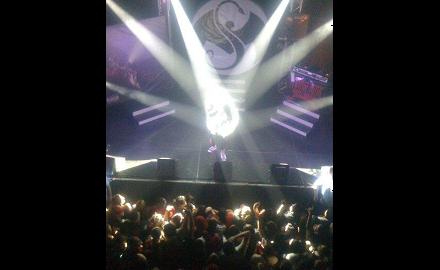