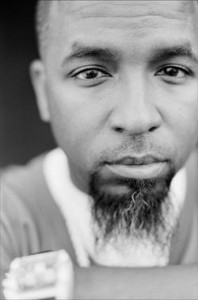 Looks like Tech really is spending a lot of time on therealtechn9ne.com. We came upon this forum post entitled “Tech and Strange are playing us for fools, and we are falling for it!!!!” in which a fan basically states that EP releases are just a way for Tech to make some quick bank at the expense of quality product:

“First let me say this even though you probably will berate me anyway…I used to love Tech N9ne, I have purchased every album from the Calm Before to Seepage, Tech used to inspire me because he seemed to be an artist that cared more for fans than money, more for artistry than fame, a real nigga who spit from the heart…

so maybe he been reading too much of his positive press, or maybe like in the interview he wants his fans to suck his dick…but give us incomplete songs and labeling it an EP like Lost Scripts and Seepage is just not right…Bite Me would have been a full track on an album, not one verse, Seepage seems like it was just cut short….the third track on the album is an INTRO!!! He charges us six dollars for that…Just like Lost scripts you can see these were tracks that were either unfinished or not up to par so instead of making a mixtape or just releasing them as bonus tracks, he charges us for it…Tech and Travis probably take baths in the money laughing at how easy it is for the sheepeople to buy this bull…

Again I know yall gonna cuss me out of say I ain’t a real fan, and I don’t care…as a Tech fan I just want him to keep it real, keep it G….just say this is some shit we wanted to get more money for….re-release KOD with these songs as Bonus tracks, but stop treating us like we are zoombies that will buy anything you put your name to…if 6’s and 7s is like this, then I will say thanks for the memories tech, wish him well, and be one less Tech fan…I got made love for 9 though, I just want him to stop being about the flash and cash and be about the music that made him the Hip Hop President he is today!”

Tech took little time to respond, and said the following:

“how and why the fuck would i rap about biting a chick for more than 1 verse if it only happened with a particular chick ? this mutha fucka must have forgot i write MY LIFE? the money comes when i do my SOLO albums weirdo. i dont have to do ep’s, mixtapes, collabos or anything for you for that matter if thats how you feel that im just raking in the dough of a 5 dollar cd i did and didnt wanna for my fans. you two dollar mutha fucka. i want my fans to feel what i feel inside is why i do extra.”