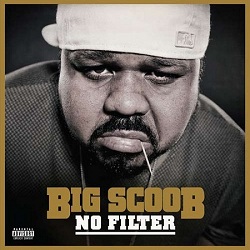 Sparking controversy and a big buzz among fans, No Filter gave listeners new anthems like “Sloppy” and “Soil Muzik”. Big Scoob’s first EP proved to be one of the hottest releases following an already blazing album in Damn Fool. Of course, it wouldn’t be a Big Scoob release without some of the usual suspects. Joining the big fella, Kutt Calhoun, Irv Da Phenom, and BG Bulletwound brought some extra Kansas City flavor to No Filter. The guest spots may have been few, but they were as impressive as ever. We would like to know which guest feature you think was the best on No Filter.

Vote below for the best guest feature on No Filter.