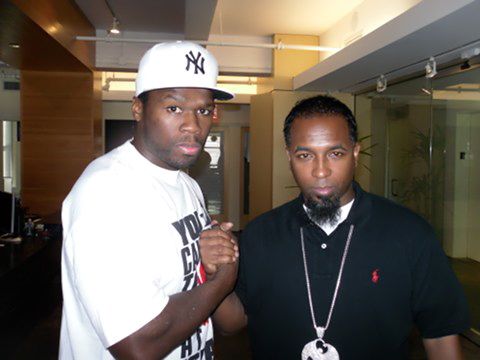 In an article published on Complex.com, various emcees were asked “Where Were You When Get Rich Or Die Tryin’ Dropped?” One of those being Strange Music’s general Tech N9ne.

With its everlasting single “In Da Club”, 50 Cent’s smash of a major label debut proved to be one of the most influential records of the era and also in hip hop.

Tech N9ne breaks down where he was the first time he heard 50 Cent say “Go Shorty…it’s ya birthday”:

I remember being in the club and hearing “In Da Club”. Everybody was talking about it before I heard it. Then I heard it in the club somewhere—I think I was down South or in Houston—and was like, “Oh my fucking God.” I remember being in the middle of the dance floor. It was packed because everybody down South dances. I remember thinking he was so smart for saying, “Go shorty. It’s ya birthday,” because everybody can relate.

Tech N9ne also goes on to talk about his meeting with 50 Cent, when 50 gave Tech props on Strange Music’s ways of doing business. 50 also shared a bit of information that has stuck with Tech N9ne ever since.