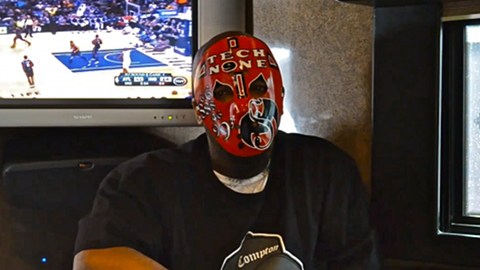 It was just another day in the life for Tech N9ne.

In the interview (in which Tech N9ne is wearing a mask the entire time), Tech N9ne also reveals insights into his music-making philosophy these days:

Starting not to give a fuck what people think that are not really a part of my life. It’s showing through the music.