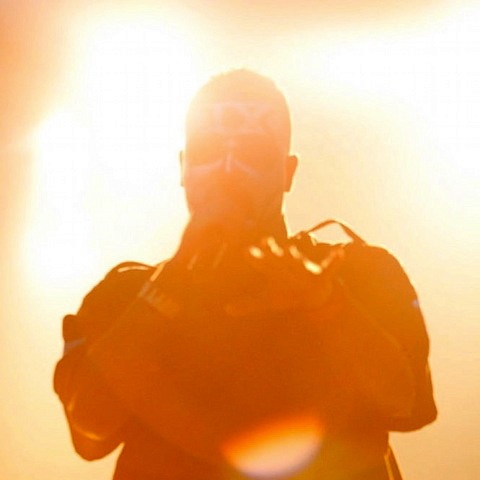 In the eternal battle between good and evil, Tech N9ne refuses to back down against evil.

For proof of Tech’s bravery against the ills that haunt us all, you don’t need to search far and wide in his catalogue. The latest example of his conviction comes in the song “Hiccup” from the upcoming Therapy – Sessions With Ross Robinson EP.

We talked to Tech N9ne to get a feel of what this song is about, how it was recorded and what it was like to make the song with a very unfamiliar creative process.

How did this song come about?

I was staying at Ross Robinson’s place on Venice Beach. The first day was crazy. I wasn’t sure if it was going to work because of the way we were recording. The second day came and it was better. The second day, that night I went to sleep and Ross came to me in a dream. In the dream we were sitting in his studio downstairs off Venice Beach and he pointed down to a record cover and the record cover had the word “Hiccup” written on it. He looked up and he looked at me and said “Hiccup.” He was pointing at it and he said that. 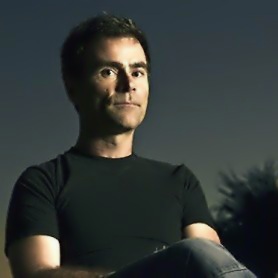 So I woke up and I put it in my dictaphone like (beatboxes the rhythm). I came to the studio the next day, I went there 12 noon every day, and Wes Borland was there, Sid Wilson was there at the time. I said “I got this idea!” and I usually don’t let people know my ideas until – you know, they’re embarrassing. I said “You came to me in a dream and said ‘Hiccup’.” This was also a beat that Seven didn’t have prepared like some of the others. I did it for Ross and Borland and Wilson. Ross said “Record this onto my phone, I want to hear this!” And so I was stomping my feet and beating my chest and everything: “Hiccup!” They said “That’s wonderful” and I said “Okay, I’m going to go to lunch.” I’d walk up the street every day – walk up the streets of the terrace and eat lunch with Seven, Dave Weiner and Shawnee who hooked this whole thing up, and when we came back they had a skeleton and it was fucking “Hiccup” and I was like “Whoaaa!”

So I wrote that shit. It was speaking with the times of today and the things I see on CNN, the things I see on Twitter, the things I see on HBO documentaries. You know, Pussy Riot was in there. Charles Ramsey was in there. Ariel Castro. Motherfucking Twitter beefs was in there. People getting cheated on, people beating their woman and then getting beat up by somebody she knows because what he did was wrong. Just everything that I thought that was evil of today, I let them know that a hiccup was going to happen if it was evil, because evil shall not prevail over angels, evil will not prevail over good like it’s been doing for centuries. That’s what the angels are going to say, like myself, the evil will not prevail over good, I swear, because we’ve seen it time and time again. So “Hiccup” is perfect for that and for fucking Wes Borland to create that (hums guitar lick) and Sammy Siegler killing those fucking drums and Alfredo Ortiz of The Beastie Boys, the percussionist, came through and played bongos at the end and murdered it. DJ Spinstyles coming through, scratching the fuck out of the beginning and Seven adding all that shit that he added, all those weird-ass sounds (imitates weird sounds). Just having all those people together to make that wonderful song, it’s like one of my favorites man because it came from scratch out of my dream through Ross Robinson. That’s a result of what we can do from scratch. Look how powerful it is!

What was it like to make music in that collaborative sense? Usually in hip hop if it’s collaborative it’s just between a rapper and producer. For you it was more of an organic thing with the Therapy EP. How was that for you?

It was crazy because it was always a challenge. When we did the thing with the Doors and Fred Wreck it was similar because we shared things that we created like right there. Ross Robinson is a fucking psychiatrist just like me. I’m usually my own.

It was weird at first because I had to share those ideas with people and usually I just keep them to myself and then you won’t hear what I’m on until – Ben [Cybulsky, Strange Music’s engineer] is usually the first person to hear it. LIke “Oh shit.” Ben’s reaction, he wasn’t there on this one, but usually when I’m in the studio with Ben he’s the first one to hear my brain spew. The look on his face – he’s shaking his head like “Man, what the fuck is wrong with you?” That kind of look all the time. That’s the first person to usually hear what I’m hiding. Maybe you can talk to Ben and ask him what he thinks, because the looks I get from him, like when he laughs and puts his hands down like “What the fuck?”

It’s a wonderful thing and to have Ross Robinson coming through the headphones when I’m upstairs performing and rapping the songs and shit for Therapy and him giving me kudos like “Whoa! That was powerful!” I wanted him to like what I do. He loved it. It just made me more comfortable as the days went by because it was totally different for me to be amongst all those people creating right there on the spot, writing right there in the studio and right there on Venice Beach and coming back and recording it. People were all in there as I was recording and writing and that’s like a real Therapy session. It was uncomfortable for me at first, like truly, because I’m used to keeping these things bottled up. I let them out on the mic to Ben. This was totally different.

That aspect of you is highlighted with your approach to live performing, because I know you won’t go up and do a song unless you’ve got it down pretty good and it’s been rehearsed. Is this also a part of your creative process to where you won’t reveal your ideas until you’ve gone through them in your head a bunch?

Exactly. I don’t let it come out of my mouth if it’s not 1,000. I didn’t erase a lot of lyrics on this one. I don’t ever really, I write whatever comes to mind but this time I was singing “When Demons Come” (sings part) and I’m thinking “How do I want that to sound?” (Sings again) But I erased that and was like “No, at first I had (sings part),” but the “God is your name” part sounded too Funkadelic, I wanted more rock, so I then I sang (sings part again, changing up the delivery at the end). It was little things like that that I had to change for it to sound more like what I wanted it to be. That was a challenge at first.

I can sing a little bit so I shouldn’t go as hard maybe, I don’t know, with some of the singing. Like with “Stop The Sailor” and stuff like that. It was a challenge kind of. It was different. Yeah I’ve sang “Delusional” and it reminds you of the same whisper on “Stop The Sailor” but this time, this is a beat where everybody’s playing and you’re recording it while everybody’s playing, like when Tina Turner first did “Do you love me?” and the band and orchestra is in there. That’s pressure man! It was different, but look what happened!

Tell me about this song “Hiccup”, your basically telling people that do bad deeds that their plans will have a hiccup and that it won’t work out for them in the end. Do you believe in karma? 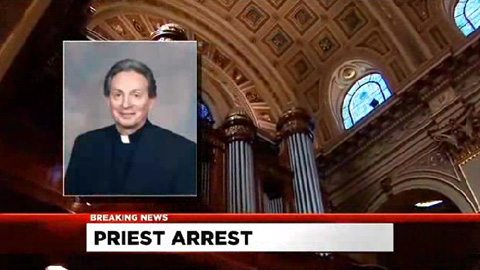 I didn’t have to dig deep to find those topics because they’re right on the television. There’s so much more I could’ve talked about. I talked about priests. I’ve been really talking about that lately. “You were a priest that gave the little ones tears. Pedophile, become cardinal in a year. Finally jail forever you live in fear. The Pussy Riot play forever in your ear.” It’s really damaging to people. “That pussy riot play forever in your ear, you’ll never be in the clear, you got a letter D in your rear.” Now you gotta get fucked. “Serves you right, your nerve to fight. Made them little church boys prayers be heard tonight.” What you did wrong? You know what I’m saying? Whoooo! That’s really taunting the evil: “May you get it ten/fold for what you did to those little boys.” Oooh I love “HIccup”.

In “Burn The World” you touched on that but this was an instance to where it happened close to your personal circle, not just on CNN or television. Was that incident what sparked this attention you’ve been giving it?

Totally. If I could say her name I would but I can’t. Totally man. It hit home and I let loose. I don’t like people who pose as angels and ain’t nothing but demons. Camouflage: I don’t like it. I feel like I’m for the greater good even though I’m worldly, but those people that hold that image that they’re holier than thou, touching little boys, I think punishment should happen immediately and I don’t think that The Vatican should hide it or shuffle them around instead of having them dealt with by law. That’s my thought.

Do you ever feel that you’re an instrument of karma through your music?

Oh yeah, I think so man because I speak things into existence. I think that’s karma for Caribou Coffee to try and hold me back from using Caribou Lou, spitting lies like it was already a drink and I just made it popular because I’m a rapper when in reality it wasn’t spoke before I spoke it. I think what I said on “Fortune Force Field”: “We’re going to win, just a bit of waiting.”

I speak things into existence because I truly believe and I have faith in the divine. Things that are supposed to happen. I spoke it into existence. These things that are happening to these little people, these things that happen to Amanda Barry, Charles Ramsey was Ariel Castro’s karma. Thank the lord for that. Thank the lord that three little girls were saved after almost ten years of hell. Thank the lord. And the dudes that beat up on women, just like my mom got abused for years by her boyfriend. He put in her in the hospital and kicked her in the head and stuff like that. For the dudes that do things like that: nothing good for you. A curse on all your families. Sorry, that’s just how I feel. 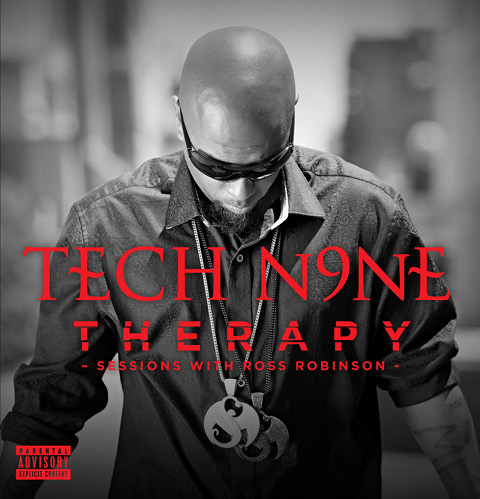