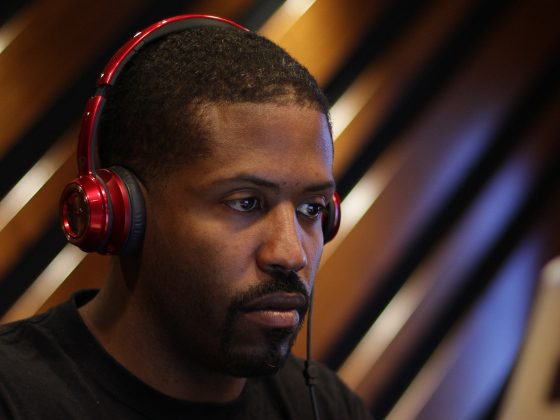 With “Fun-eral”, MURS hit his fan base over the head with the Slug collaboration that fans have been waiting for. Along the way he messed around and threw CES Cru on the track and made one of the dopest posse cuts so far in 2015.

We talked to MURS to get his thoughts on the song and why he made “Fun-eral” a pre-order track for Have A Nice Life rather than throwing it on the album. As always, MURS was frank and hilarious.

I think it’s a very cool and interesting decision to make this a pre-order track because it shows some savvy. Is it a calculated move in order to bring your fan base over to this album?

Kind of in a way, but also some of the best Felt songs –one of the most famous Felt songs ever was a song called “20 Answers”. I don’t even have a copy of the song, it just lives on the internet somewhere. We just put it out there for people before the second Felt album came out and I wanted to do something like that again, for people who are always asking for a Felt song.

I think it should be somewhat free. You have to pre-order the album, but eventually people are going to upload it to YouTube. To me Felt is more of a legend. It exists like sometimes we perform, sometimes we don’t. People who have been listening to me, years later will go “You did an album with Atmosphere?” “I did three!” “Whoa shit!” There’s this strange energy to it. Slug actually came through the studio where I was recording with homeboy Jessie, on his birthday, just me and one of my best friends in music – I consider him a mentor and a big brother. On his day off from a long ass tour just comes in and raps for me and drops this ill ass verse. It was kind of a gift to me so I wanted it to be a gift to people in a way. So yeah, it’s a business savvy move, but the energy around Felt has always been special.

And you said about “The Strangest” that it doesn’t need to be on an album for the song to be special as well.

It’s a song. Love it. I also want to reward people who value my art enough to say “I haven’t even heard one song, but I’m going to buy this shit.”

I love that the pre-order track is so special in itself. Usually these are just something that didn’t make the album, not to dog on anyone’s pre-order tracks, but that’s usually how it ended up becoming that.

We put a value in it. Now you’re paying for a signed copy of my album and a t-shirt but for free you get something cool just for showing me some love. And if you feel like that’s something you want to go ahead and share with other people for free, go ahead. I’m not going to be pissed at you. Or if you feel like “You know what? I pre-ordered, I want to keep this to myself,” go ahead man. I hope you share it, at least after the album’s out. Feel free to share it.

A lot of longtime fans are going to pre-order this, hear the song, hear you and Slug, but then they’re also going to get introduced to these guys named CES Cru.

And people think that just because they’re on Strange that they’re not spitters or not lyrical or they’re going to be on some Juggalo shit, I mean God forbid that, like I give a fuck. I consider myself a Juggalo, but it’s so hard to get people to listen and whenever I’m on tour and I play CES Cru for my backpack friends they’re like “Oh shit! Who’s this?” and I’m like “Yeah man, these motherfuckers are ill!” Now they’re some of my favorite rappers and definitely some of my favorite rappers on Strange, they’re kind of teaming up. And they’re black and white. It’s a black and white group. We’re kind of making a double stuffed oreo.

So you’re taking like, two Oreos and making them –

Well it’s a double stuffed. Two black people, that’s the cookie and the two white people are the extra cream in the middle.

I mean you could do either/or

Then there’d be four black people.

I’m always right bro when it comes to you because you don’t know shit.

It’s hard to swallow that one huh?

How do you like how the track came out?

Man I love it! Godi came with it, Ubi came with it. I think Slug and I are killing it. I love rapping with one my best friends. We’ve known each other for years. We’ve got matching tattoos, the whole nine. That’s my brother. Anytime I can rap with that guy it’s a pleasure.

Does the “Slug is my friend” card do anything for you?

I’ve done the “MURS is my friend” card.

That gets you laid.

Wordddd up! Thank you Based God.

Anything you want to say about this song before we wrap this up?

Thank you CES Cru for rapping on it! CES Cru number one. 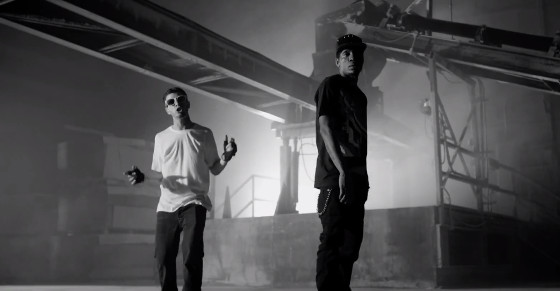 Has Slug heard it? Does he know who CES Cru is?

He knows who CES Cru is definitely. I called him and told him CES Cru’s going to get on it and he was like “Cool bro, I’m super down with that.” I didn’t know if he had a secret beef with Ubiquitous.

For being the “other” white-guy-with-the-black-dude?

Yeah, but nah he was cool with it. He’s looking forward to hearing it. I’m probalby going to send him a copy right after this interview.

Yeah and there’s going to be scratches on it by the time you hear it. There’s scratches on both of the pre-order tracks because there’s very little scratching on my album and that bothers me. I gotta have my hip hop in there. I gotta have some turntablism.

Who does that for you?

Have a nice life!