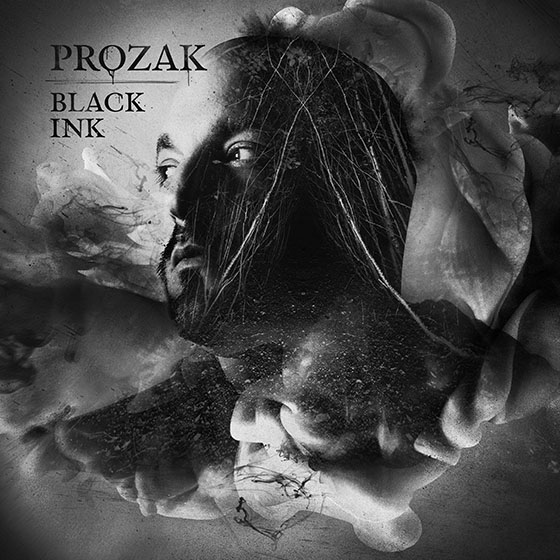 Prozak has revealed the track listing and guests for his much-anticipated new LP, Black Ink, which is set for an October 9th release date through Strange Music.

“With every album there is progression and a change. At the same time, I am delivering a potent dose of what my audience has come to demand from me. I think Black Ink has trace elements of my previous albums, but it’s also breaking a lot of new ground,” commented Prozak.”The Black Ink is the blood of the misfit, the origin of those deemed too Strange for mainstream society. Though we are all bound together, we must all face the journey of life alone. Cradle to the grave, one in the same. our lives are traced unchangeably in Black Ink.”

Prozak is one of the most diverse and versatile artists to emerge in the rap world. With a style that incorporates his love of both rock and hip-hop, along with socially relevant song content and consciously uplifting lyrics, Prozak is militant and anthemic with his approach to rap. Prozak has collaborated with an eclectic list of artists that range from Tech N9ne and Brotha Lynch Hung, to Sid Wilson from Grammy award winning metal outfit Slipknot, and demented hip-hop duo Twiztid. Prozak spent the last few years on the road playing shows with Tech N9ne, Machine Gun Kelly, and the Kottonmouth Kings, which allowed him to earn a devoted following.

Prozak will immediately hit the road in support of Black Ink on Twiztid’s upcoming “Welcome to the Underground” tour with special guests Blaze Ya Dead Homie, Boondox, Wolfpac, and Scum. 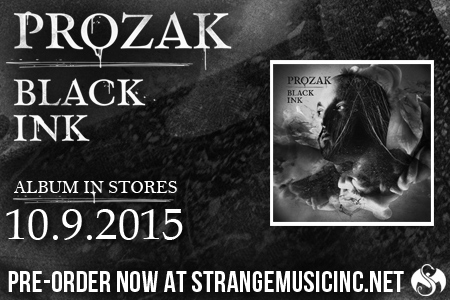