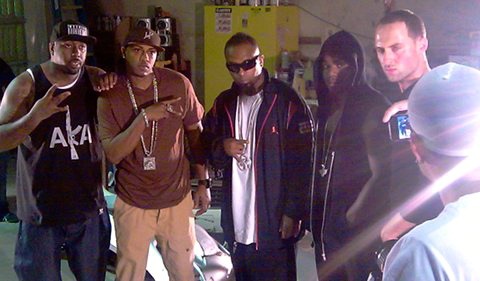 A veteran of the Houston rap scene, Trae Tha Truth has remained one of the most well known names in the South. The street bred MC recently revealed big news that is sure to have fans everywhere talking. In an unexpected move, Trae Tha Truth confirmed over Twitter that he had brought Tech N9ne and Mystikal together for a high profile collaboration. Titled “All That I Know”, the collaboration is also set to receive the video treatment as Trae updated fans on the official video shoot.

Fans may recall that after All 6’s And 7’s, Tech N9ne expressed his desire to work with Trae Tha Truth. It looks like Tech not only got his wish, but an added bonus as well with Mystikal. This will mark the first time Tech N9ne and Mystikal have appeared on the same track, something the fans have been calling for since Mystikal addressed Tech N9ne and Strange Music. All the pieces seem to be falling into place and with so many talented MCs on one track, “All That I Know” already sounds like a classic.

What do you think about this collaboration? Who do you think will steal the spotlight? Let us know in the comments below!