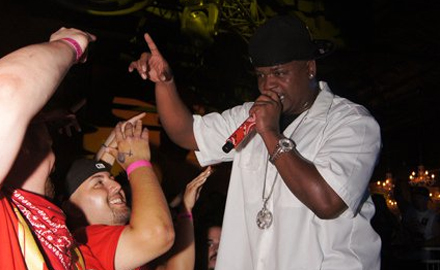 There must be something at the Gathering Of The Juggalos that just keeps attracting Strange Music.

Following Strange Music’s wild experience at the 13th Annual Gathering Of The Juggalos, Stevie Stone hit the web to reveal that he’s been wanting to play the music festival for years:

All week people been sayingthey want me performing The Gathering. I told them I’ve been wanting to for years. @juggalonews LET’S GO

Coming off the release of Rollin’ Stone, Stevie Stone has already set his sights on SXSW. Will the Gathering be next to get STONED?